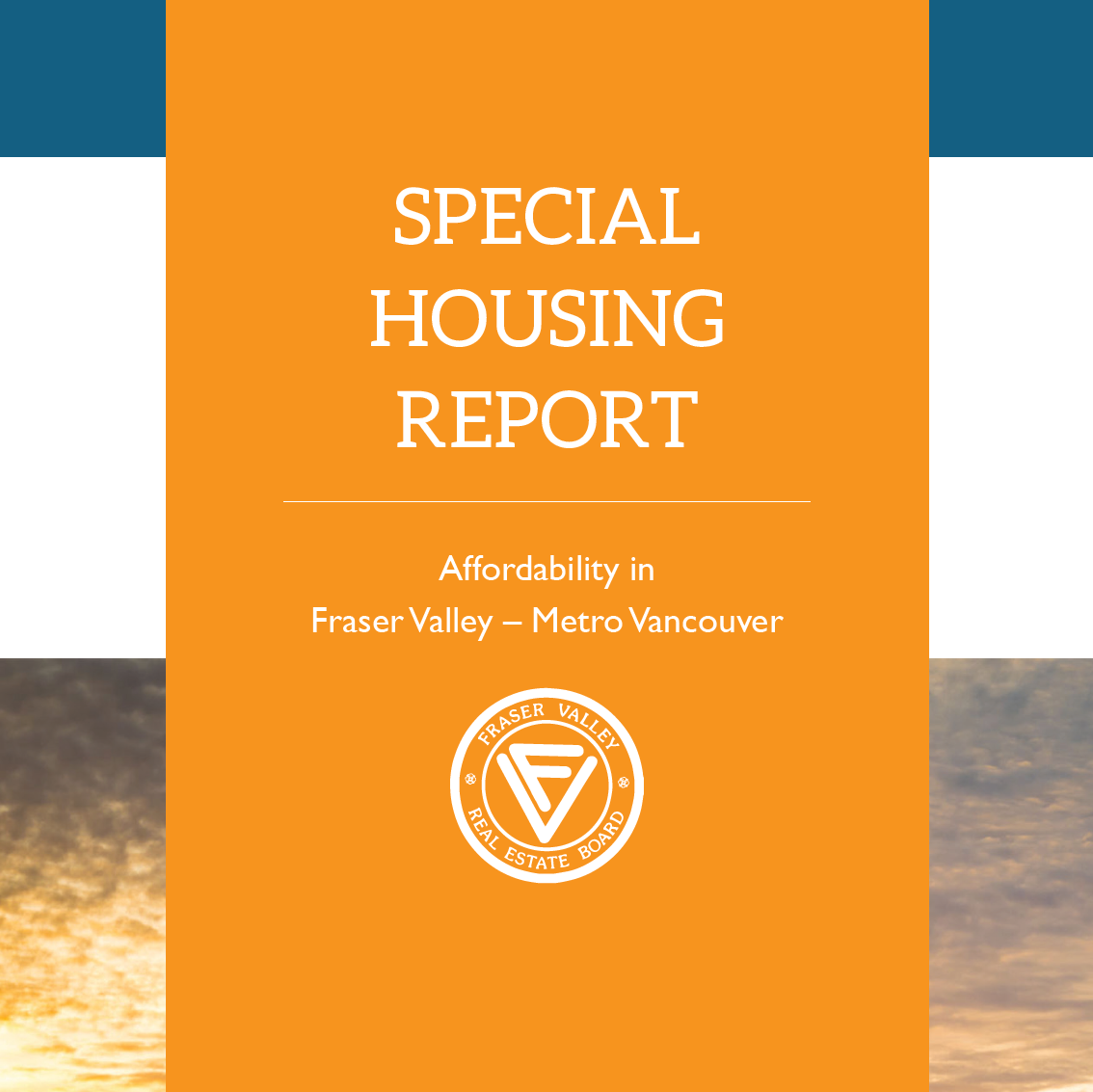 Over the last decade, real estate here became as much a commodity that could be bought and sold like stocks on the exchange, as it was where people planted roots and raised a family. Had someone told our grandparents that after graduating high school and getting married, their kids would have to fork over a million for a modest starter home, they’d have shaken their heads at such a crazy notion. Homelessness was once barely visible in the poorest of Vancouver’s downtown city streets. Today there is not a suburb or small town that doesn’t have its population of homeless people scouring malls and back alleys for a place to wash and bed down.

Our sky-high housing costs have almost replaced the weather and hockey as common fodder for small talk in these parts. That’s why the Fraser Valley Real Estate Board has taken a closer look at housing affordability in our region, with a review of the strategies pursued by the our local municipalities of Surrey, White Rock, North Delta, Abbotsford, Mission and the City and Township of Langley. The BC Municipalities (UBCM) report, Housing Strategy:
A Home for Everyone (January 2019) sums up the accepted reality:

If you would like to know more about the Special Housing Report, give us a call!